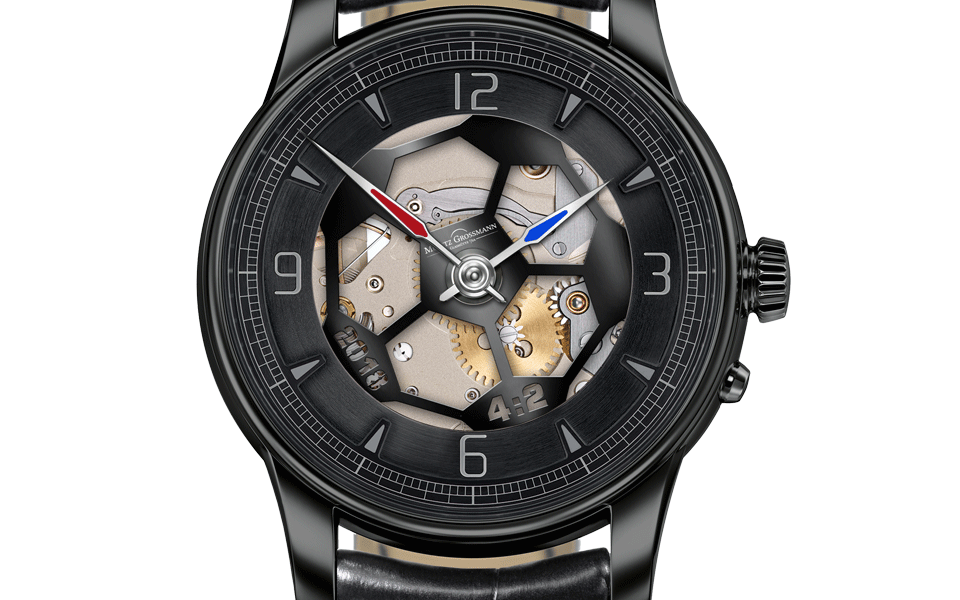 Moritz Grossmann is surprising watch enthusiasts and football fans with this World Cup watch based on the ATUM Pure X line. A sporty steel case paired with an individually designed World Cup dial. The Calibre 201.1 boasts an eye-catching football-shaped filigree dial insert. The final score ‘4:2’ with the year 2018 will be emblazoned on the watch face and the fingers and straps will be in France’s national colours.

We congratulate France’s World Cup team and the whole country on this great result. 4:2! The number of limited-edition ATUM Pure Weltmeisteredition 2018 watches released corresponds to the number of goals in the final and so just 6 are available and the German RRP will be 16,000 EUR incl. VAT. 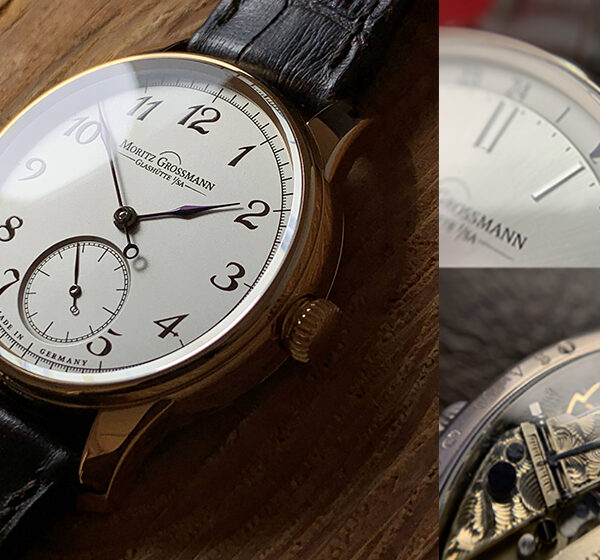